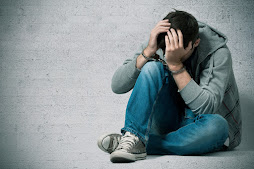 Galveston, Texas Juvenile Attorney James Sullivan is very knowledgeable in various mental health and substance disorders and how they impact a juvenile. Behavior, mood, anxiety and substance disorders are common with children brought into the juvenile system. These children often have more than one disorder; substance abuse is the most common “co-occurence” with a mental illness. These disorders frequently put children at risk for risky behavior and delinquent acts.
If your child needs a juvenile defense lawyer, contact Galveston Attorney James Sullivan at (281) 546-6428 for a free confidential consultation.
Behavioral Disorders
Behavioral disorders are characterized by actions that harm or disturb others and that cause distress or disability. Typical behavioral disorders are ADHD (attention deficit hyperactivity disorder) and conduct
disorders.
Emotional Disorders
Emotional disorders occur when a child’s ability to function is impaired by depression or anxiety. The occurrence of depression is significantly higher among juvenile offenders than among other young people.
Substance Abuse
Many juvenile offenders have a history of substance abuse. Studies also have shown that up two-thirds of juveniles in the justice system with a mental health diagnosis had dual disorders, most often including substance abuse.
According to the National Mental Health Association, between 30 and 50 percent of juvenile in the justice system have disruptive behavior disorders.
Anxiety Disorder, PTSD, Asperger’s Sydrome, Autism Spectrum Disorder
Anxiety disorders and PTSD (post traumatic stress disorder) are also prevalent among juvenile offenders, especially girls. Asperger’s syndrome and higher levels of Autism spectrum disorder are less common in juvenile offenders. Psychotic disorders such as schizophrenia, however, are rare in juveniles in the justice system.
According to the CDC (Centers for Disease Control), children aged 3-17 years have:
Adolescents aged 12–17 years have:
Approximately 65 to 70 percent of the 2 million children and adolescents arrested each year in the United States have a mental health disorder. Approximately one in four suffers from a mental illness so severe that it impairs his or her ability to function as a young person and grow into a responsible adult. Without treatment, the child may continue on a path of delinquency and eventually adult crime.
Childhood Trauma
There is a stronger link between childhood trauma and addiction that than there is between obesity and diabetes. Two thirds of addicts report being abused as children.
For a good understanding of childhood trauma and how it impacts the brain and behavior, read The Boy Who Was Raised as a Dog by Dr. Bruce D. Perry and Maia Szalavitz. Dr. Perry treated the 21 children who were released from the Branch Davidian compound in Waco, Texas prior to the horrific conflagration that killed 80 people (including 23 children) on April 19, 1993.
Contact Attorney James Sullivan
Galveston County Juvenile Defense Attorney James (Jim) Sullivan is a recognized expert in juvenile law and fights to defend children accused of delinquency offenses.  Since 1994, James Sullivan has fought to defend thousands of children accused of delinquency.  He has defended children in juvenile court on virtually every kind of delinquency case, ranging from misdemeanor cases such as possession of marijuana, theft and assault to felony cases such as aggravated sexual assault of a child, robbery and murder.  He provides a strong legal defense and is appreciative of the many reviews that parents of juvenile clients have written.
Attorney James Sullivan has been Board Certified in Juvenile Law by the Texas Board of Legal Specialization since 2004. Sullivan is a recognized expert in the highly specialized area of juvenile law.
Sullivan also graduated from the Trial Lawyers College founded by legendary lawyer Gerry Spence.
Contact Galveston Juvenile Attorney James Sullivan at (281) 546-6428 for a free confidential consultation.
Posted by James Sullivan at 6:37 AM