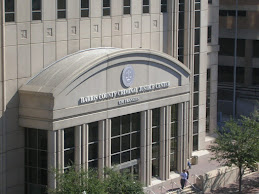 If you are accused of assault with a deadly weapon, you should contact an experienced criminal defense attorney right away because he may be able to win your case at the grand jury.  Once your felony case has been indicted by the grand jury, this option is no longer available.  Attorney James Sullivan has fought and won over 50 felony cases at the grand jury level in just the past few years.  When a case is dismissed (no billed) by the grand jury, the accused has the immediate right to seek an expunction of the felony charge from their record.  Sullivan has been able to do this for many of his clients accused of felony offenses.
James G. Sullivan and Associates | Harris County Assault with a Deadly Weapon Attorney
Contact James G. Sullivan and Associates at (281) 546-6428 for a free initial consultation about your assault with a deadly weapon charges in counties throughout southeast Texas, including Harris, Montgomery, Waller, Liberty, Fort Bend, Brazoria, Galveston and Washington.  Attorney James Sullivan is an experienced Harris County violent crime attorney who will fight for your rights, freedom and future.
Posted by James Sullivan at 11:13 AM